In 2016 Frank Pané, known for his work as guitar player for Bonfire, Dark Blue Inc. amongst others, formed the international group Sainted Sinners under the theme “The Essence of Rock’n Roll” to present the fans with the ultimate classic Hard Rock Show. SAINTED SINNERS first line-up included along with Frank Pané’s long-time colleague Berci Hirleman from Budapest, Hungary on drums international experienced musicians. In 2020 the lineup got strengthened by the addition of Jack Meille (Tygers of Pan Tang) on vocals, Ernesto Ghezzi (Gotthard) on Keys and Rico Bowen on bass. With their critically acclaimed 3rd album “Unlocked & reloaded” in 2020 the “new” line-up proved to be the strongest and most creative incarnation of the band yet.

Now, not even a year later Sainted Sinners further evolved their great working chemistry and will return with the band’s fourth soon to be announced album, which is scheduled for a late 2021 release.

This time with a highly experienced and powerful partner in forms of their new label Rock of Angels Records. The plans are set on behalf of the band and their strong new label to attack -in a very positive way- the world with a healthy dose of their essence of Rock ‘n Roll consisting of 10 new songs and a surprise cover done Sainted Sinners style.

The SINNERS will continue to deliver what they are known for: a musical journey through all facets of 70s & 80s inspired Heavy Rock. Powerful, blues & soul-soaked vocals, virtuoso guitar & ham-mond duels, groovy & pumping rhythm section. All presented to you with a rockin‘ package of diversity and musicality emphazised by the individual styles of the band members.

Stay tuned and experience “The Essence of Rock ’n Roll”! 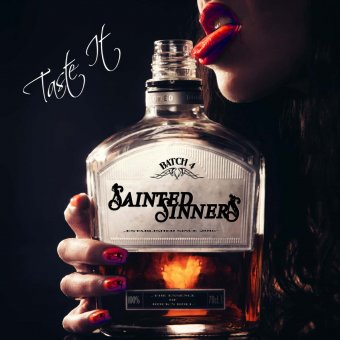