Scarlet Rebels were formed in late 2017, from the remains of classic rock band V0iD, after recruiting enigmatic lead guitarist Chris Jones and Josh Townshend on guitars and keys, joining Wayne Doyle (vocals and guitar) Gary Doyle (Drums) and Wayne ‘P’ Esmonde (Bass). The 5 lads who hail from the South Wales coast playing songs written from the heart and delivered from the bottom of the soul. Taking V0iD’s experience and reputation as an unpretentious melodic rock band, their hooky melodies and rhythm section that the likes of Kerrang, Rock Sound, Classic Rock and legends like Malcolm Dome waxed lyrically over, adding furious guitar lines from Jones and subtle melodies from Townshend, Scarlet Rebels have taken the baton becoming one of the new names to look for on the New Wave Of Classic Rock scene. Scarlet Rebels approach every live show with a blistering intensity and heart on their sleeve type raw emotion and power. Their work ethic and down to earth personalities make them a dream come true to work with, Having recently signed a multi album deal with European Rock Label – Rock of Angels Records, with their debut album due for release in 2019 physically and digitally world wide, Scarlet Rebels will work to continue growing their ever increasing fan base and push to become one of the leading bands in the New Wave of Classic Rock Genre. 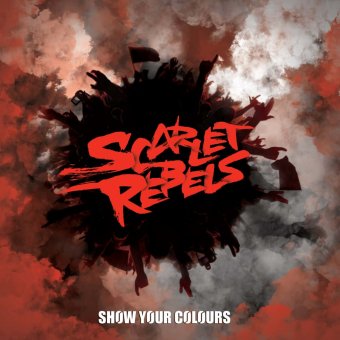